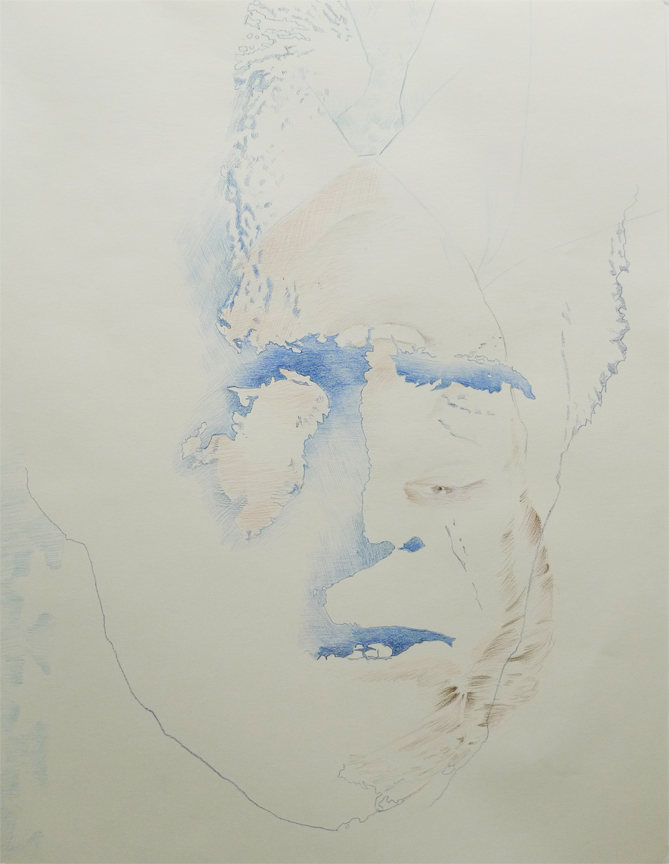 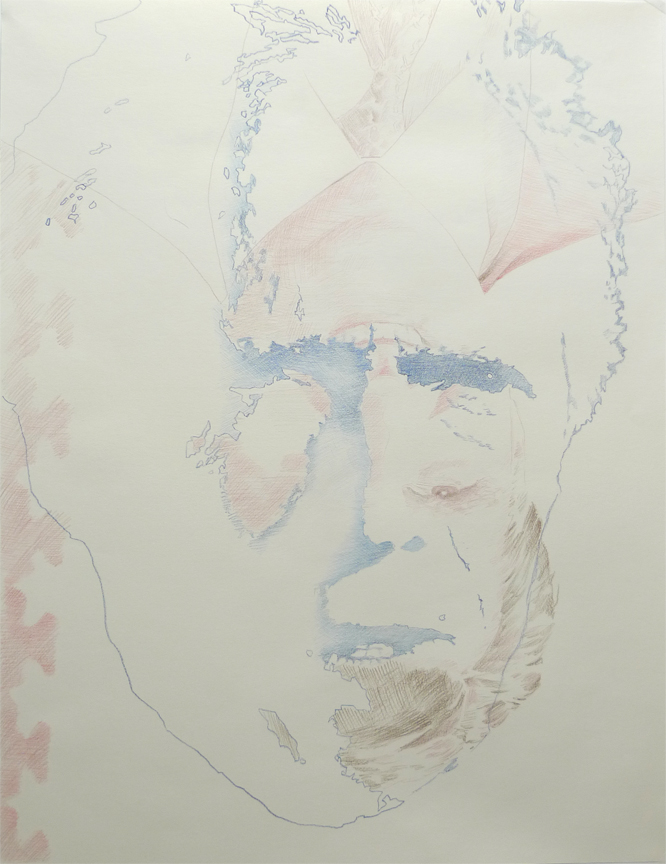 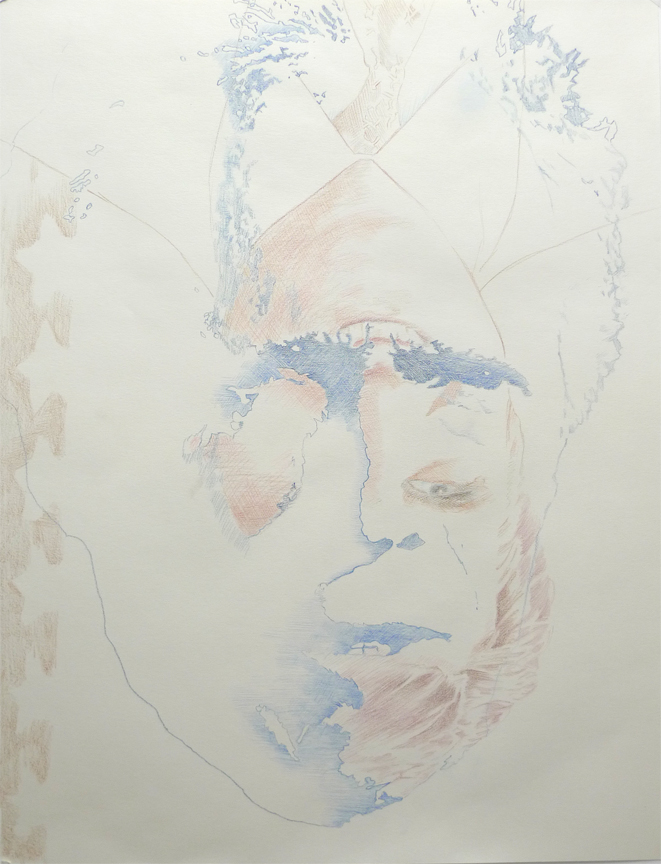 A SHORT SCENE FOR YOU AND A CHAIR

(YOU and A CHAIR are presented to an audience. YOU are well lit, perhaps even by spotlight, and THE CHAIR is dimly lit. YOU should be positioned so that YOU are upstage of THE CHAIR, but not blocking it from view. YOU should assume a stance that conveys power and authority, spreading YOUR feet out so they are as wide as YOUR hips. Consider putting YOUR hands on your hips, or YOUR left hand on YOUR hip and YOUR right hand in the air, with palm upturned.)

YOU:     Time was when, it may have been,
It was a poet's responsibility to know the names of the trees and the plants.
Pointing hither and thither as he walked,
Confidently cataloguing the flora.

I haven't the education for this.

And who cares about trees?
Is there anything an American has more contempt for than a tree?

...Yet without them, we'd be lost,
With no lumber for drywall studs, hardwood floors, or chairs...

(YOU acknowledge the presence of THE CHAIR with a glance, then turn again to face the audience.)

It is important to understand the resources, the energy,
the psychic trauma that goes into a simple chair.

Look at it: curves of metal, mined from the earth,
melted and bent to our will.
Wood from a majestic felled behemoth somewhere,
run through a mill, objectified.
Treated, sanded, polished, finished.
Taken out of rotation.
Removed from the eco-system in the service of eating our farts!

To leave a chair empty is to display wanton disregard for suffering and injustice!
To use a chair as a prop,
as an element of a conceptual artwork acting as a material signification of an idea,
as a metonym for an absentee political figure,
is to commit an act of outrageous decadence.

(The lights fade on YOU, and the light on THE CHAIR gets brighter until THE CHAIR and the immediate ground on which it rests are all that is visible. YOU move to the CHAIR and share its light, alternately caressing and grabbing it firmly in various areas as YOU recite the following text, which is to be read in the voice of a Caucasian male, between the age of 35 and 45.)

Now,
Let there be no question,
Make No Mistake,
I am aware of my race, class, and gender privilege.
Having said that, I was raised in a small home.
A modest home.
We were people of modest means,
and our house was small.

We read and we wrote, and we were all strong at this.
We were in command of Our Powers.
We had carpets,
a teetering TV on a too-small swivel base,
stacks of paper filling cubbies,
Clutter crowding around at all times.

I can't deny a desire to reclaim something that may not be worth recovering.
Sometimes what I say is predicated on the idea that we have things in common.
That what I have experienced is relatable to you,
That there's something in me that "gets" you,
That you and I are the same, and are one with all of them,
that we can say the word "We" without being sarcastic,
And that we may presume to have insight into the spirit of humans,
plants, objects, nations and economic models.
That we may speak in their voice and on their behalf.

(YOU pause for a beat. If there is laughter, YOU wait for it to settle down, then roll up YOUR sleeves. In one fluid gesture, YOU flip THE CHAIR around so that its back is facing forward, and straddle it so that YOU are sitting backwards, facing the audience.)

When people criticize corporate retail franchises, they talk about America getting homogenized and sanitized. They talk about stultifying order and dullness. They may have a point, but they forget or ignore the morass of disposable chaos that life on a budget creates:

The largest bag of the cheapest potato chips.
Bulk toilet paper rolls.
Not one but six boxes of Kleenex.
Oreo bags screaming when you tear the edges.
A kitchen floor with a pattern designed to camouflage food stains.

(During the next sentence, YOU slowly tip forward in THE CHAIR, so that the two legs furthest from the audience are raised off the floor, while YOUR feet are also raised above the floor and all weight is on the front two legs of THE CHAIR and its back, which is still facing the audience)

The riot of bills and applications,
checkbooks,
printers and
print cartridges.

(By the time YOU say "cartridges," YOU should have fallen forward and YOUR face should have hit the floor. "Cartridges" should be said through YOUR smashed mouth, into the floor. If a little blood pools up in YOUR mouth on impact and the word "cartridges" is difficult to understand for all the gurgling fluid and rapid swelling, so much the better. Silently count to thirty. Pull YOURSELF off the floor. Dust YOURSELF off. If YOUR mouth is bleeding, remove a handkerchief from your pocket, or borrow a tissue from someone, and wipe it off. If there's a pool of blood on the floor, just leave it, but be careful not to slip on it. Do YOUR best to return to a state of decorum. Turn the chair so that it faces forward again. Stand upstage of the chair, as you were earlier. Continue, not in the voice of the Caucasian male, but in YOUR voice.)

Regimentation offers respite.
The late Borders Books & Music--
its blandly ordered, pastel-hued displays,
its jewel cases reducing rebellion, transgression,
experimentation, flirtation, perversion,
All down to 4.75" squares
to be selected, removed, assessed,
returned after some inspection,
or purchased and introduced to the chaos of the home--
In the absence of a community, it was a comfort.
And then it was bankrupt.

John P. Hogan creates expansive artworks engendering drawing, writing, music, performance and video. Hogan's performance art evokes populist forms such as Community Theater and garage rock, which resist professionalization and celebrate untrained enthusiasm. His drawings and paintings employ visual vocabularies ranging from underground comics to the Old Masters. In 2013, Hogan performed Song of Yourselves at Automata Los Angeles. Conceived as an "Irish Wake for the Supremacy of the American White Male" this performance included poetry, music, re-performances of speeches from the 2012 Republican National Convention, and contextually appropriate karaoke songs sung by audience members. A publication in association with Song of Yourselves is forthcoming from Golden Spike Press this Fall. Hogan has exhibited and performed at venues including MCASD, Automata Los Angeles, Yerba Buena Center, Fritz Haeg’s Sundown Salon, MAK Center and Machine Project. He has written about art and culture for Art:21 and his essay on the work of painter Ben White is included in the forthcoming book Ruin Upon Ruin from Insert Blanc Press. He received his MFA in Art and Integrated Media from the California Institute of the Arts in 2006 and his BFA from the Maryland Institute College of Art in 2000.