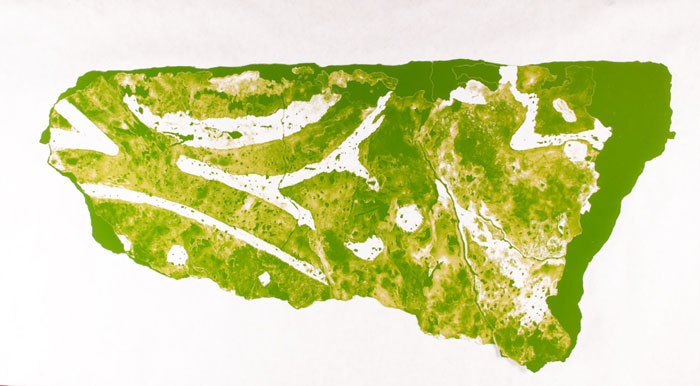 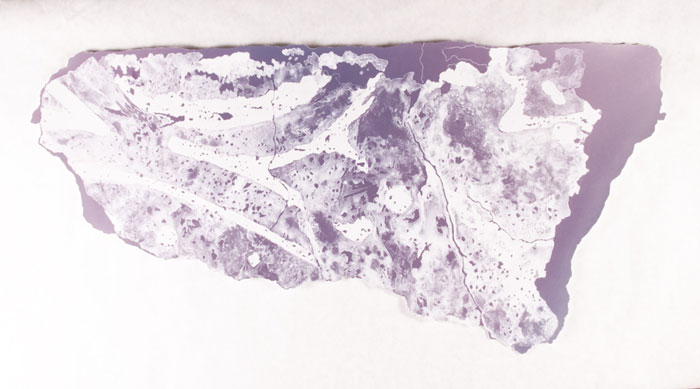 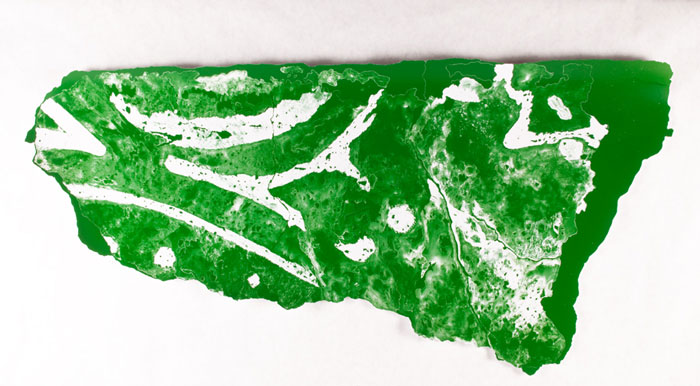 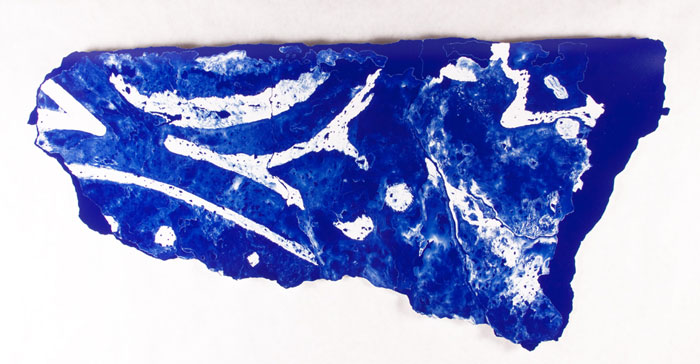 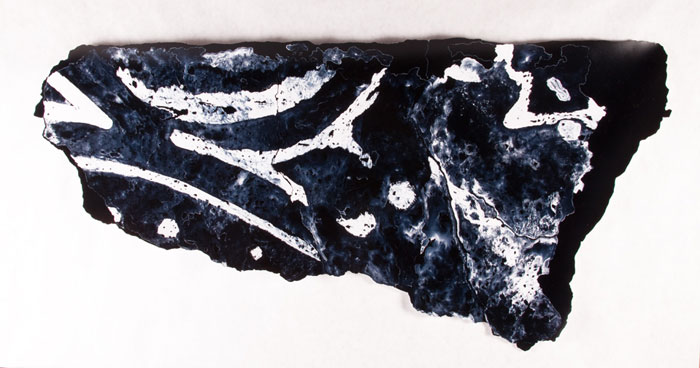 Palms spit fronds on the city floor and cars roll through stop signs more urgently than usual. Cops in shorts and yellow vests wave at drivers where red-yellow-green used to be. Jaywalkers get away with it. A little north along the ocean, rock walls tumble, interrupting traffic on PCH and up the canyons. Los Angeles relishes the catastrophe of a little wind.

In this live ensemble of local color, a girl slides east along the benchseat of a robin’s egg blue El Camino, slides away from the man who drives. She’s a nutty brunette with a wasp-waist like some Minoan fresco – large brain balanced by hips below. She is crying and, to explain herself, mutters that all arrangements such as theirs are parenthetical; to continue with the status quo is to ignore the imminent closure of punctuation.

Biting at a leash on which she longs to linger, the girl still cries. “Why look to unlink anything?” she thinks. This is all her undoing.

He drives on, furious with his right turns, sad with his left, and shudders only that she shows him “no respect.” She is florid, suddenly, with this new idea; it hadn’t occurred to her that her observation, however destructive, might constitute an issue of respect. Perhaps there is more like this between them: miscommunications that will interlock further like alternating layers of brick – forever perpendicular, sturdy enough to rise vertically.

Their day together exacts its costs: a certain percentage of a tank of gas, her half a cup of coffee left to chill in the holder. The day leaves them with little to take away – no souvenirs, no slivers of painted wall to prize or frame. They’re left only with night in which to decorate the injury, or else to aggravate it, dig it into a decisive trench or grow it to divisive heights that could take 28 years to fall.

Farrah Karapetian has recently completed a residency with the Wende Museum and Archive of the Cold War in Los Angeles, where she traced the graffitied surface of segments of the Berlin Wall onto acetate or Plexiglas with tempera or plastic paints. Souvenir is a limited edition print available through Material Press on the occasion of the 20th anniversary of the fall of the Wall and was made through such a trace. Karapetian contact printed the acetate negative onto color photographic paper, making five prints plus 2 Artist Proofs; the colors of the five prints in the edition represent each of the colors that were extant in the piece of the wall that the artist traced. Karapetian then hand-cut each print around the silhouette of the actual fragment of wall. The resulting prints are part image, part object – souvenirs not only of the Berlin Wall but of the artist’s time spent investigating its surface.

a native of Los Angeles, works with photography in a sculptural field, often in an effort to transcribe a history of human presence on urban architectural surfaces. Approaching the cameraless photograph from the perspective that anything - constructed or found - can be a "negative", her process tendentially results in an image that is, in the words of LA Times critic Leah Ollman, "more like a metaphor than a record." Karapetian has exhibited her work in Los Angeles with Sandroni.Rey, at the Aspen Art Museum, and at the Centre d’Art Contemporain, Parc Saint-Léger, France, among other locations.