8 x 12 inches, Archival inkjet
Edition of 5, Courtesy of the artist and Gosia Wojas 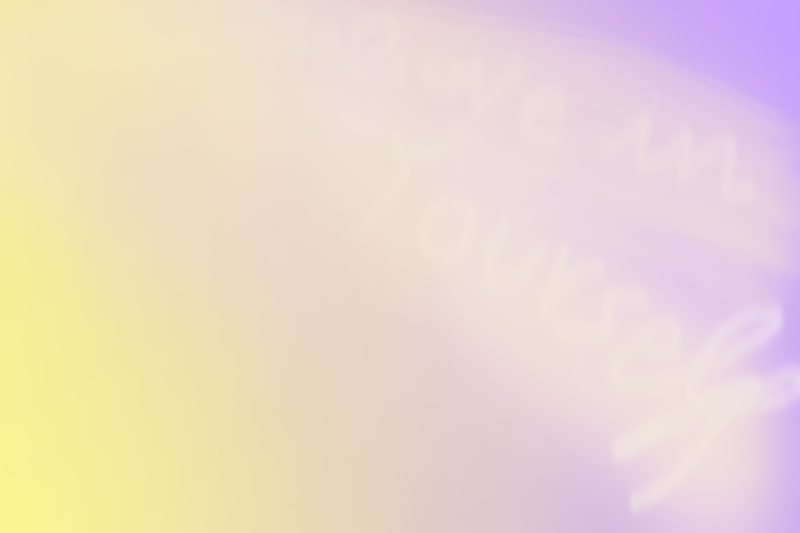 Believe in Yourself
Patiently detach from the outcome
Honor your worthiness to receive
Avoid Toxic People
Reject Rejection
Know your highest self
Be willing to pay the price
Use feedback to your advantage
Exceed expectations
Commit to constant and never-ending improvement
Whatever it takes
Pain is only temporary - the benefits last forever
Don’t waste your life believing you can’t
Believe in yourself
Be willing to put in all on the line for your dreams
Take 100% responsibility for your life
Face facts squarely
Feel the fear and do it anyway
You need goals that stretch you
Just lean into it
Become inverse-paranoid
Take action
Act as if
It helps to have someone else believe in you first
Start now
Visualization works
See what you want, get what you see
Get out of your comfort zone
Practice uncommon appreciation
Be a class act
Transform your inner critic into an inner coach
Practice persistence
Be resilient

Mara De Luca is a Los Angeles-based artist. De Luca’s recent work is a reflection on contemporary mass media and mainstream culture expressed though the diverse pictorial, conceptual and technical conventions of abstract and representational painting. De Luca's text is gleaned from various sources, including Wayne Dyer's "Manifest Your Destiny" and Jack Canfield's "The Success Principles." De Luca received a BA in Visual Arts at Columbia University in 1995 and her MFA at CalArts in 2004. She has taught Painting and Drawing at institutions including UC Riverside and UC San Diego. From 1998 to 2003, she lived and worked abroad in Berlin, Germany. Her work has been exhibited in the U.S. and Europe at venues including Galerie Chromosome Berlin, AbstruseSpace London, Los Angeles Contemporary Exhibitions and at the Museum of Contemporary Art, San Diego. She has received critical press in publications including the Los Angeles Times, Time Out London and Tip Berlin. De Luca has recently been the recipient of a Durfee Foundation Artist’s Resource for Completion Grant. Upcoming solo exhibitions include CERCA Series: Mara De Luca at the Museum of Contemporary Art, San Diego in March 2010. Her work is represented by Gosia Wojas in Los Angeles.