'The walk of the turtle,' from the series "Afterhours" 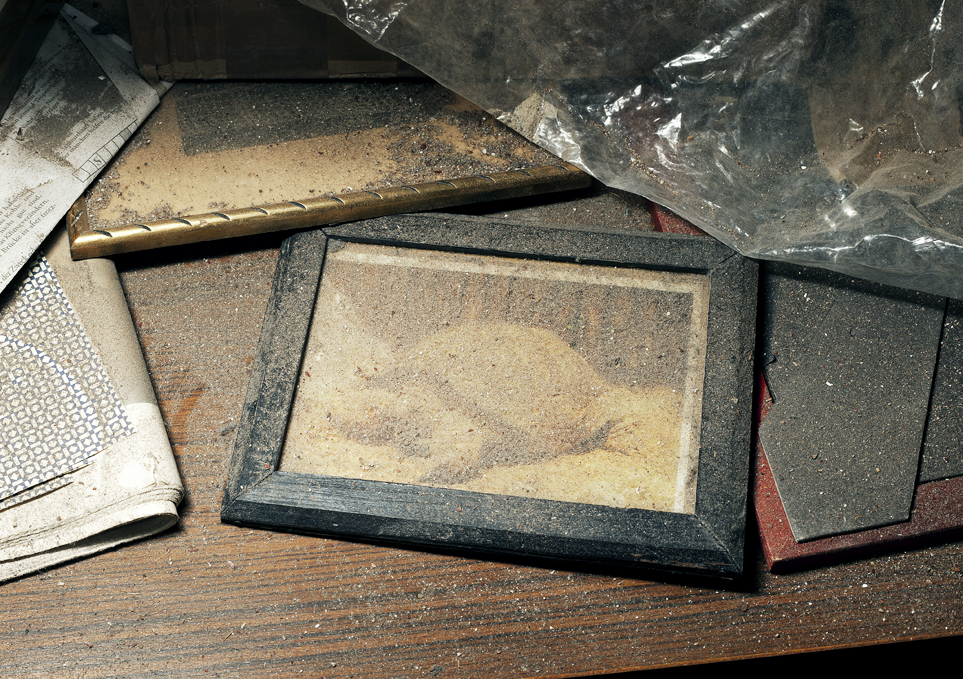 I’m reading into Duchamp’s great glass at the moment. Ten years passed while Duchamp was occupied with this work, after which he abandoned it in what he called it a “definitely unfinished” state. He left the glass in his studio, collecting dust, which he then incorporated again in the work. Just as film absorbs rays of light during a long exposure, each collected dust particle indexes a passage of time.

Duchamp let things happen to his work, which he then included as part of his work, and emphasized these inclusions as intentional. I like the openness of how Duchamp approaches and meets his own work. He seems to constantly delay his attitude towards his own work and welcomes the moment of chance.

He defines the large glass in one note as a “delay in glass”, which should replace the term “picture” for the things shown on the surface of the glass. It could mean that the delay leaves things the possibility to mean something else, and constantly defers a final opinion towards the image, allowing the possibility for it to be other than a copy of a thing.

A photographer also counts on the moment of chance, of something which has slipped in to the image and evaded attention before the shutter closed. Benjamin called it the optical unconscious, this something else which hasn’t been considered when taking the picture and is welcomed by the photographer. Now it adds to the image: maybe the red cheeks on a laughing face, or the single letter S in a crossword.

A photograph is full of these irritating details and its reading and understanding is constantly delayed by them. Perhaps after an image is recorded, it’s not so fixed and static, as the readings of it change the longer the period between the exposure and the beholding of it. This slowness is what I try to achieve in my photographs. They show traces and remnants of situations, part intended, part accidental, which are indexing a passage of time and keeping the image in transit.

Christian Hagemann received his M.A. from the Royal College of Art in London. Currently he lives and works in Berlin.