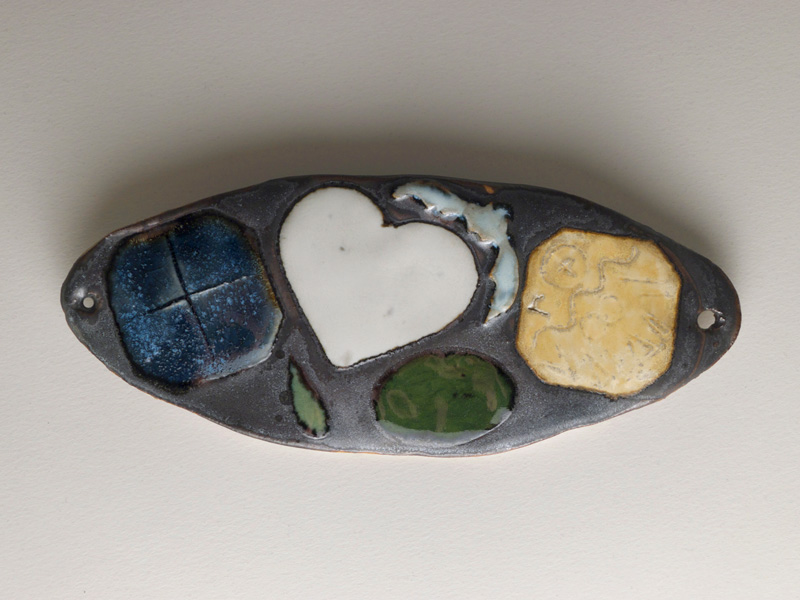 “There is something that is too often overlooked of a far serious nature than the usual business about drawls and accents and overalls. The South has got some sins on its soul that it will never be able to get clear of and Southerners have a hard time understanding it.” —Shelby Foote

When I was very young, around 4, my parents split. My two older brothers Mark and Alan were pretty rough around the edges, getting into trouble and running off. One December afternoon in 1976 my brother Alan snuck out in my stepmother’s car with a couple of friends. The car was reported stolen and police pursued. An inexperienced driver at fourteen years old, Alan lost control and the car careened off the road. His friends walked away from the accident but Alan went into a deep sleep. He lost his life that night in the hospital. I was too young to understand his departure but something remained in his place that was never reconciled, a mineshaft. My poor brother Mark was devastated. He continued down a path from which he could not pry himself. Before reaching the age of 20, he was sent to prison for 2-3 years for aiding in a petty armed-robbery. Inconceivably, he escaped, further extending his sentence by several years. I remember visiting Mark in prison. He sent me impeccably hand-written letters with beautiful illustrations. I dreamt fondly of his homecoming.

I was born into a large, rather amorphous, and not altogether blood–related family. Both of my parents were born under illegitimate circumstances. My father Robert Nye (Roby) was the progeny of an affair between my grandmother, Grace a nurse, and the doctor who was her employer. My mother Mildred (Millie) was orphaned when her unmarried mother, also named Mildred, lacking the means to care for a sickly child, forsook her to the Memphis Children’s Bureau. Roby and Millie met as kids and later married. They each brought two kids from their previous marriages: Alan and Mark, Jackie and Michael. I was the love child, coming eight years after my nearest sibling.

We lived on Allandale street in an area known as Sherwood Forest and not far from my neighborhood was a bustling college area known as the Highland Strip. The Southern Railway, established in 1884, ran through the center of this strip. Among three-engine locomotives and late-night carousers lived Edward Jerome Williamson in his boxcar mansion.

Boxcar Eddie lived at the intersection of Park and Southern in a waist-high labyrinth of crate mounds, carpet remnants and driftwood. Steps away from one of the busiest intersections in town, his dwelling could have passed as a dumping ground if not for the carefully maintained melon patch signaling a human presence. It was propped up right next to the railway crossing. All of my young life into adulthood, I lived within earshot of those trains. Every night as I’d fall asleep, the anticipation of that hollow whistle would stir me into restlessness, like welcoming a mirthless visitor into my dreams.

My parent’s sense of home was tenuous much like Eddie’s. Roby only met his father once and was later adopted by his stepfather, Garnet Nye. He later moved in with Gaga’s (Grace) sister, Aunt Margaret. Dad’s affinity for Aunt Margaret sparked a family feud and the two sisters hated each other until their dying day. Millie was born cross-eyed with scoliosis and TB, which resulted in a procedure on her lungs and three eye surgeries. She lost hearing in one ear around the age of seven and wasn’t expected to live past the age of nine. Ivy Martin, a nurse, fostered my mother from the Bureau when she was six. Granny, as she was known, had four natural children, one lost in infancy. The death of that son might have been the motivating force, which led her and my grandfather to adopt and foster over eighty-one children. During the toughest times they barely got any sleep and worked around the clock. Granddaddy eventually suffered a nervous breakdown. The fostered children, including my mother, were shuffled around for a few years while he recovered.

Eddie must have been passing through, sticking closely to the rails, when he decided to make camp in Memphis. Late at night when the bars were closed and everyone was asleep, he’d go out collecting scraps of wood from the streets and alleyways to add to his homestead. This precarious structure was a source of great fascination to me. Beyond it’s walls I imagined a cavern of immeasurable depth, dripping with stalactites and populated by giant bats. Its immensity would be broken from time to time by sole visitors bringing candles and food. My daydreams and imagination filled in everything I couldn’t see. There was an amber colored chamber, hidden from all but Eddie. This strange house became something of a Memphis landmark–an unlikely piece of the city’s furniture–but for me, its existence inspired infinite riches to conjure.

To those who knew him, Boxcar Eddie was the kind of person who would not only dig through your garbage but talk about aesthetics without skipping a beat. Described as a bit of an absent-minded professor, he spent his childhood in the library with a pile of books, reading about politics, architecture, meteorology and physics. He graduated near the top of his class at Manassas High in 1940 and was involved with the community, attending local elections, though he felt the glare of prejudice as a black man. I recall seeing Edward, as he preferred to be called, once or twice in the flesh. He wore a floppy white fisherman’s hat and to my memory donned the forgotten man attire. Like a shrouded ghost, sooty layers of threadbare cotton shirts and bermuda shorts veiled a tall slender physique. I was in awe of his gentle specter.

The southerners’ way of handling grief or hardship is to ignore it and press on with a smile. Push it down, and remember you are not the only pitiful creature to endure sadness or tragedy. Life will go on. The family turmoil, murky legacies and loss seemed ordinary growing up. It fostered in me a quiet insurrection and Eddie’s ramshackle dwelling became a model of abandon and resistance. Something about its derelict façade suggested potential for a narrative, which filled in where my questions remained. My mineshaft was now adorned and made cozy. The little shack that stood next to the tracks is long gone but whenever I visit home, I can’t help thinking of Eddie’s golden chamber. I know it’s there somewhere below that strip of sod.