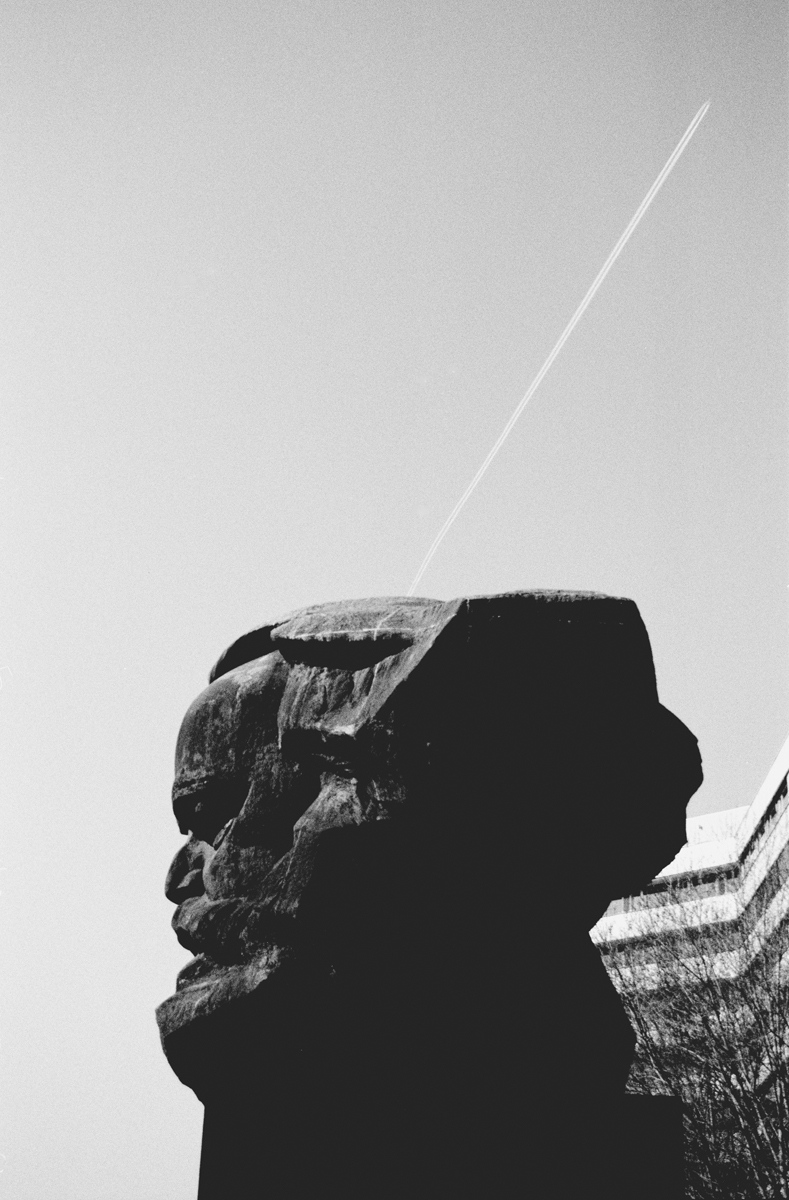 Portrait of an Idea

“Whenever humanity seems condemned to heaviness, I think I should fly like Perseus into a different space. I don’t mean escaping into dreams or into the irrational. I mean that I have to change my approach, look at the world from a different perspective, with a different logic and with fresh methods of cognition and verification. The images of lightness that I seek should not fade away like dreams dissolved by the realities of present and future….”

Lev Kerbel was a prolific soviet sculptor. Many of his gigantic public works of Lenin, Marx and Gagarin even travelled across the world to soviet allied countries. I first came across his Thälmann monument on Greifswalder Strasse in 2008, when I spent six months assisting an artist in Berlin. I became interested in its back whose viewing is not made very easy due to a hedge and trees that surround it. Although Kerbel declared his admiration for the men that he immortalised, I wondered if it was at the back of the monument in all its abstraction where he was really at work. In 2010 when I moved back to Berlin I made a short 16mm film of the rear of this memorial to Ernst Thälmann on Greifswalder Strasse. Later that year I found myself filming another one of his works in Parque Lenin, in Havana, Cuba. It was a kind of coincidence, I knew about the memorial to Lenin there but I had no idea who the sculptor was. The rear of this work was also a sculptural meditation on movement. Looking through my camera it felt as if I was continuing my journey from that first bronze in Berlin.

Much of Kerbel's oeuvre was destroyed post perestroika but in Chemnitz, in eastern Germany a work known as “The Head” remains. After returning from Cuba I travelled south from Berlin in search of this monument to Karl Marx, to a city which before the reunification of Germany was named after him. The city’s name had been changed but “The Head” is still there. I wanted to complete a triptych of photographs which I titled La Cordillera de Lev Kerbel (Lev Kerbel’s Mountain Range). It was a hot day, there was no summer storm in sight, not a cloud. I had done my job, I had photographed the back of Marx’s head and was about to pack my things. I looked up and there it was, a trail of white smoke pointing towards the sky from the top of the monument. The head had an eruption, the stern look on Karl Marx’s face was lifted, the heavy bronze became lighter, much like when in a moment of crisis, someone tells a joke, and we laugh.